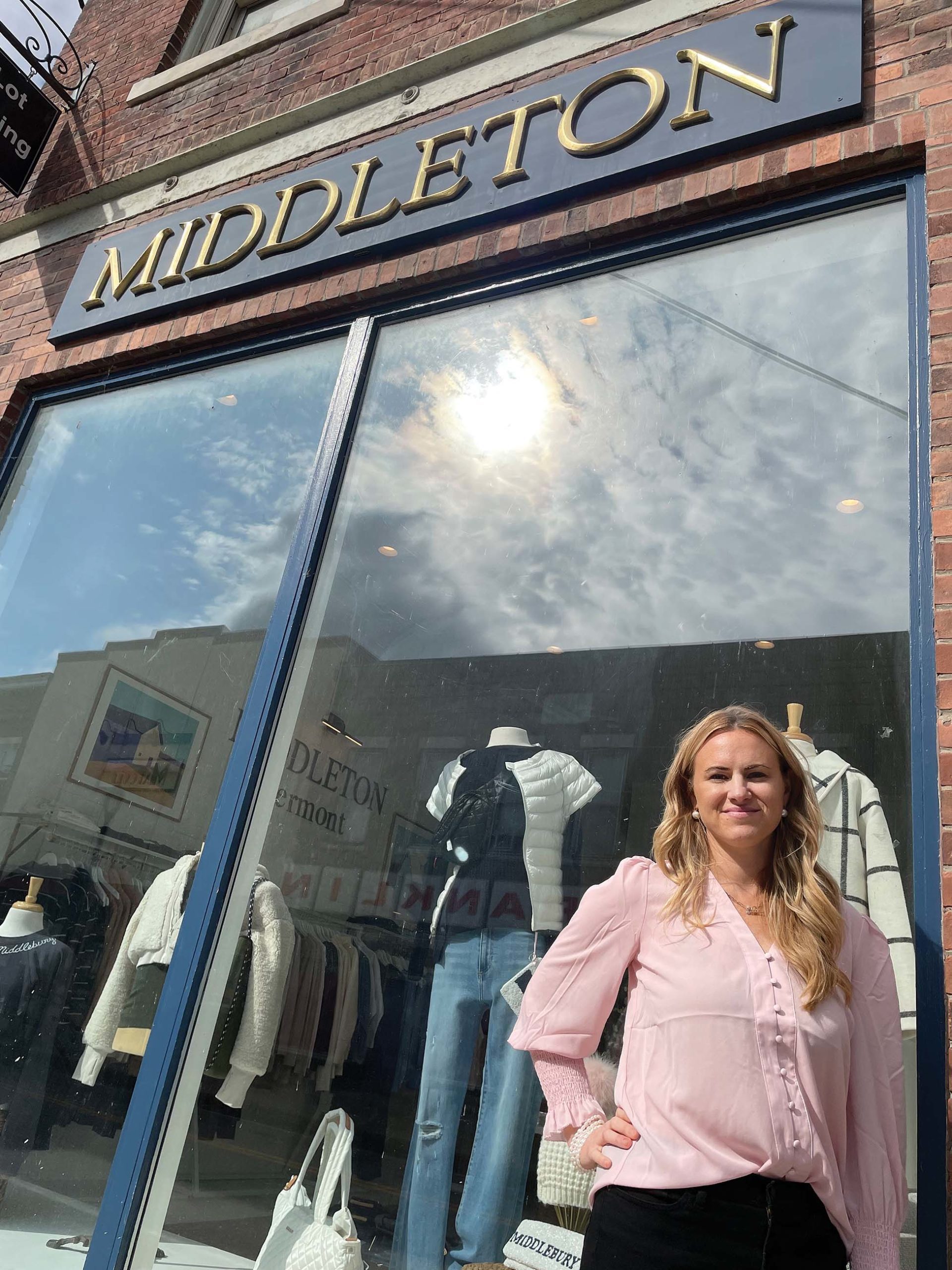 LISA PHELPS, FEATURED HERE, has teamed up with Elissa Kestner to create a new women’s clothing and accessories store called Middleton, located at 66 Main Street in downtown Middlebury. Owners say the store is off to a good start.
Independent Photo/John Flowers

MIDDLEBURY – The words “disheartened”, “disheartened” and “disappointed” roughly described how Lisa Phelps felt two years ago when the Mendy clothing, jewelry and accessories store closed at 66 Main St. in the center -town of Middlebury.

“I remember watching (Mendy’s) up close and inside me a voice was saying, ‘I have to fill this space,'” she recalled in a recent interview. “My community is important to me. And clothing stores are usually in the top 10 of what makes a strong local downtown.

But Phelps, owner of the popular “Parlor” salon and spa at 57 Main Street, knew she couldn’t launch a new clothing boutique on her own. So she pressured her good friend Elissa Kestner to take a major role in the business. Kestner owns and operates two “Monelle Vermont” clothing and lifestyle boutiques, one in Shelburne, the other in Burlington.

Phelps made his pal a Middlebury town center promotional pitch that would make the Chamber of Commerce proud, and Kestner agreed to partner up with ‘Middleton’, which calls itself ‘a clothing and style boutique of life for the intelligent and elegant woman”.

The click came when Phelps and Kestner secured a $20,000 Kick Start grant through the Better Middlebury Partnership.

“I probably wouldn’t have done this without Kick Start,” Phelps acknowledged.

Jewelry, scarves and scarves, handbags, hair accessories, and hats can also be found in the store, which offers both an open and intimate layout and ambiance for browsing.

Those who don’t want to leave the comfort of their own home can shop Middleton online at middletonvermont.com.

Middleton has a staff of six part-timers and a waiting list of others hoping to land a job – an enviable position for a store in this time of labor shortages.

The store began its “soft opening” two weeks ago, followed by a launch party on Saturday, October 8. Middleton is now open seven days a week, including early evening (until 7 p.m.) Wednesdays, Thursdays, Fridays and Saturdays. .

It’s no coincidence that Parlor is also open until 7 p.m., and Phelps hopes other downtown businesses will follow suit. She explained that many people couldn’t find the time to shop in stores that closed at 5 p.m.

“We’re hoping that (Parlor and Middleton) will start a trend,” she said.

Phelps learned a lot about style and fashion trends while running Parlor, knowledge that should serve him well with Middleton.

“Because I know my community very well, I can shop based on what I know what people in town will like,” she said. “We also have a very good price range and we have been careful to offer sustainable and environmentally friendly ranges.”

Kestner and Phelps hired several students from Middlebury College to work in Middleton, ensuring the store offered clothing popular with young adults. These student employees successfully lobbied Middleton to sell a limited amount of menswear as well, including lines such as Faherty and Marine Layer.

Building Middleton at 66 Main St. was a family and friend affair.

Phelps’ father did all the building and his brother-in-law Brian did the painting. His uncle did all the drywall work. His former football manager made the “Middleton” sign that hangs outside the store.

Other members of the business community have been very supportive, whether in words, purchases or deeds.

Both business partners were pleased with the quick customer response to Middleton.

“A lot of people have thanked me, and that’s nice to hear,” Phelps said.

Parlor and Middleton are proving to be good catalysts for the downtown economy, according to Phelps. She noted that some of her salon customers come in for their hair, then stay at the frequent stores in Middleton and downtown, followed by a meal at a local restaurant.

“I’m happy to keep the money local,” said Phelps, who will end up donating around $15,000 to various charitable causes before the end of the year.

Phelps’ many contributions have not gone unnoticed; the Addison County Chamber of Commerce recently honored him with the “Buster Brush Citizen of the Year” award.

His aim is not just to make a living at Middlebury.

“It’s my city and I want to make it great,” Phelps said.

John Flowers is at [email protected]