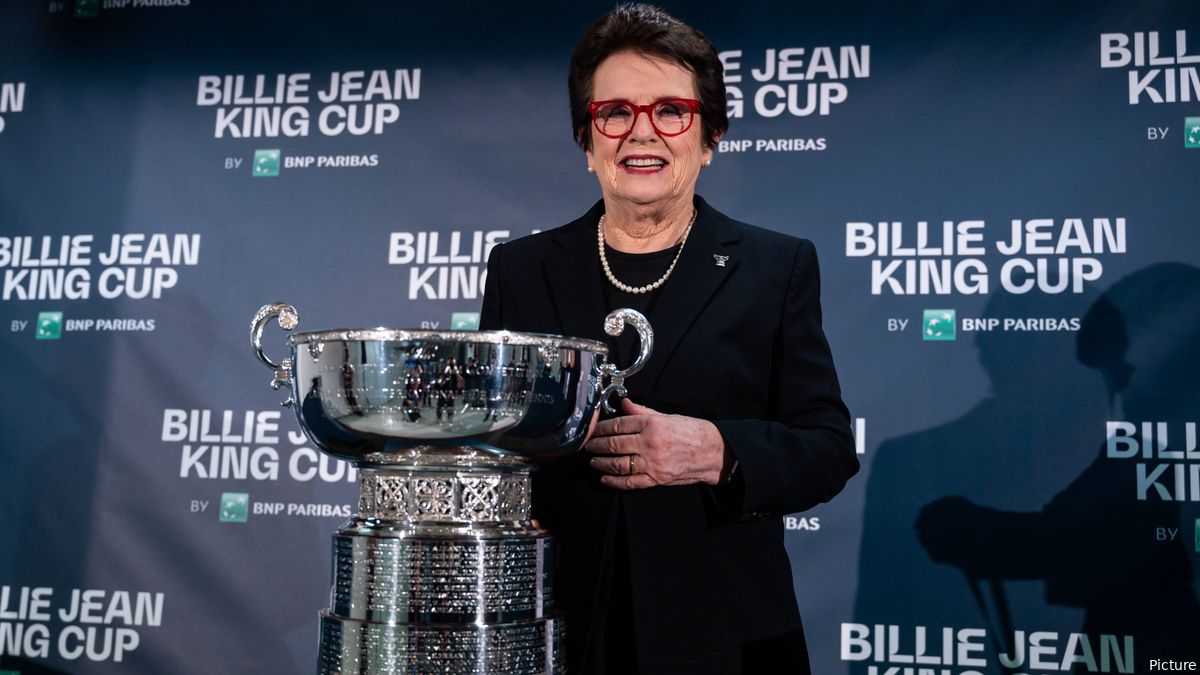 Billie Jean King thinks Wimbledon must end all-white dress rule: ‘Have you ever seen a sport where people wear the same outfit on each side?

Billie Jean King would love to see Wimbledon’s all-white uniforms go away, as she’s revealed it as one of her pet peeves.

Billie Jean King was a revolutionary tennis player who fought for women’s sport and tennis in general. She has long stood up for many things and was happy to finally see the white underwear rule explained that having to wear them was very uncomfortable:

“My generation, we’ve always worried because we wear white all the time. And it’s what you wear underneath that’s important for your period. And we always check to see if we’re showing. You’re tense at that subject because the first thing we are artists and you want everything you wear to be flawless, to look great. We are artists. We bring it to people.

She would also like to see the all-white kits explain that it doesn’t make sense:

“Nothing is worse in sport than when you turn on the television and two players are wearing the same uniform or the same outfits. It’s horrible. Nobody knows who is who. He’s one of my pet peeves, I has been shouting for years. Have you ever seen a sport where people wear the same outfit on each side?”