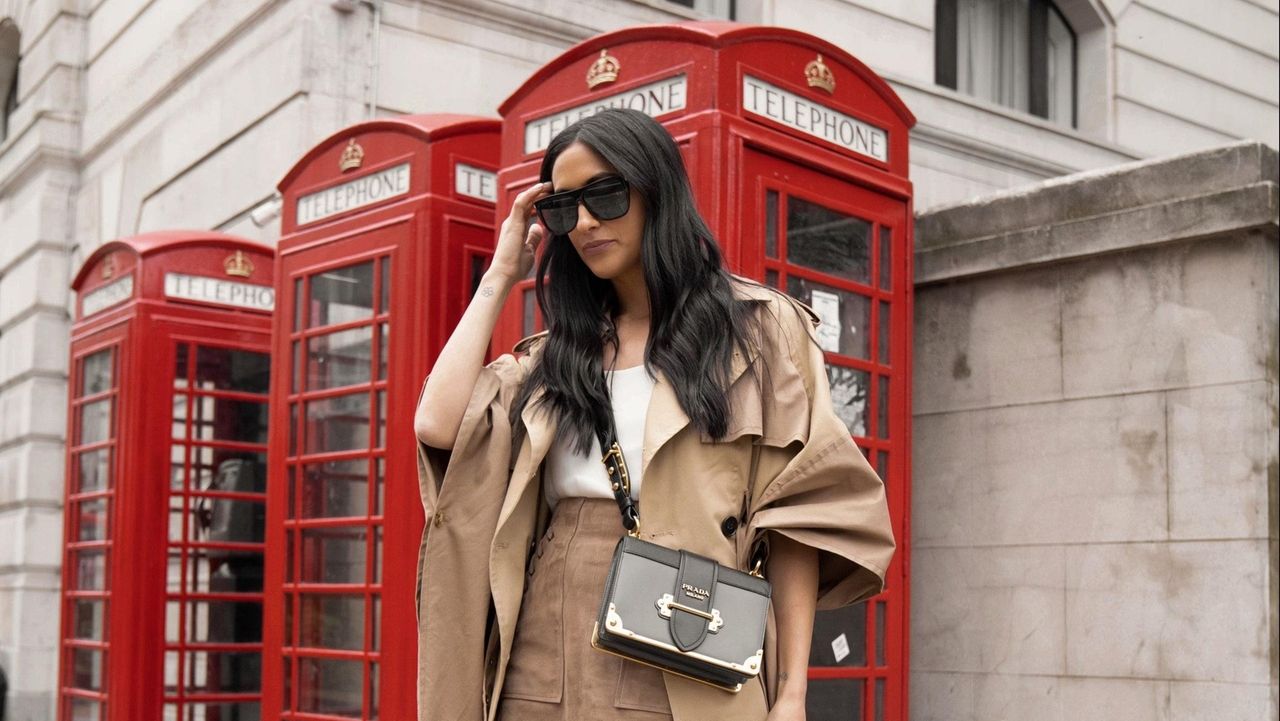 Supersize it: how to rock the oversized clothing trend this fall

Oversized garments – wide-leg pants, big, floaty shirts and chunky blazers – are among this season’s wardrobe staples, taking up residence in closets side-by-side with the most form-fitting garments. And it’s not an isolated trend, but a distinct movement, as many fashion brands are seriously ramping up the volume.

Like other sartorial sensations, top designers have sparked a craving for gigantic gear by dressing their famous muses such as Kim Kardashian, Hailey Bieber (and husband Justin too). “It’s now mainstream in the mass market as people move away from ultra-skinny silhouettes,” says Véronique Hyland, fashion goods director at Elle.

But why now? Perhaps, suggests Hyland, “The idea of ​​cocooning, which has become so prominent during the height of the pandemic, plays into this trend. The new element is tailoring, which elevates these comfort basics and makes them appropriate for the new hybrid office world. I’m sure there’s an element of shelter and protection that goes along with that – it’s like we’re swaddled in these oversized rooms.

Not everyone agrees. Melanie Lippman of Remsenberg, a fashion designer whose clients are mostly high-level female executives, doesn’t believe it. “A lot of people use bigger clothes to hide things they don’t like about their bodies and it ends up drawing attention to areas they don’t want to overdo. The idea is that bigger clothes tall will make them look smaller than they are. But I think it’s like they’re saying don’t look at me. It diminishes and makes them disappear. Strong women feel like they have something bigger. important to say and want to be seen and heard.

Stylist and fashion expert Clinton Kelly, of Port Jefferson Station, who co-hosted the classic fashion makeover show, “What Not To Wear,” calls the look “chic.”

He says, “Some people might wonder what you’re hiding. If so, who cares? Let them keep wondering. Some people will always find certain styles unflattering,” he points out. “It’s a pendulum swing from the skinny jeans phenomenon of the last decade. Today there is a movement to dress for yourself and not worry about whether someone else finds your look flattering. Is my outfit comfortable? Does it accurately express my personality? Those are the questions people are asking right now.”

The power of proportions

Virtually everyone agrees that balance is key when it comes to rocking the new generously cut outfits. “Otherwise they might swallow you,” says Joanna Mazzella, owner of Mint shops in Mattituck, Southampton, Westhampton and Stony Brook Village. “These days, blazers and jackets are bigger than ever and you don’t want to associate this trend with oversized pants. They should live in their own world.

Hyland agrees: Pair a fitted top with an oversized suit, she says.

“I personally think oversized looks best when done with intention,” Kelly says. “You can’t just throw on a six size oversized hoodie and pretend you’re a style icon. You have to make it clear that you’re playing with proportions.”

At Transitions in Roslyn, the look hits the mark. “I don’t see any resistance. People of all ages and body types enjoy it. And to tell you the truth, I think it’s a bit sultry and feminine,” says shop owner Leslie Cohen.

Although some think shorter women can’t wear the wide leg, just 5 feet tall, Cohen herself is addicted to it. “When the top is cinched in at the waist, it’s very flattering and so versatile. You can wear it with sneakers or a high heel. As for the larger blazer, she prefers it belted or paired with a slimmer silo like coated leggings worn with a higher heel.

Hyland, too, says there are few limits to this big fashion moment. “I firmly believe that anyone can wear anything.”

Plus-size stylist and influencer Meaghan O’Connor (@meghanpocconor), 37, of Atlantic Beach, is a fan of new silhouettes, “when done right,” she says. “There’s a big difference between buying something oversized that’s supposed to be oversized and buying something that’s just bigger. Make sure the lengths are proportionate to your body shape and in the case of a blazer, that the armholes are where they should be and the arm length still fits the wrist.

She says the trend is appearing at many plus-size suppliers and urges women who are reluctant to wear the look for fear of looking taller to “be confident, show who you are and have fun.”

On the other hand, little Michelle Madonna (@michellemadonna), 34, a travel and fashion influencer from Brookville, dreaded the trend but gradually began to embrace it.

On a recent trip to London, she was hesitant to wear an oversized cape trench coat by designer Derek Lam. Paired with a miniskirt, a skinny top and high boots, “I ended up loving it. I saw how I could make it work and it did.

Will she get into the biggest looks? “I always like to try new fashion things and I’m not ruling out this one, but I don’t want to look like a little kid wearing his dad’s blazer.”

2022-11-07
Previous Post: 12 Best Men’s Clothing on Amazon for Frugal Travelers
Next Post: How to buy and sell second-hand clothes online to make a profit