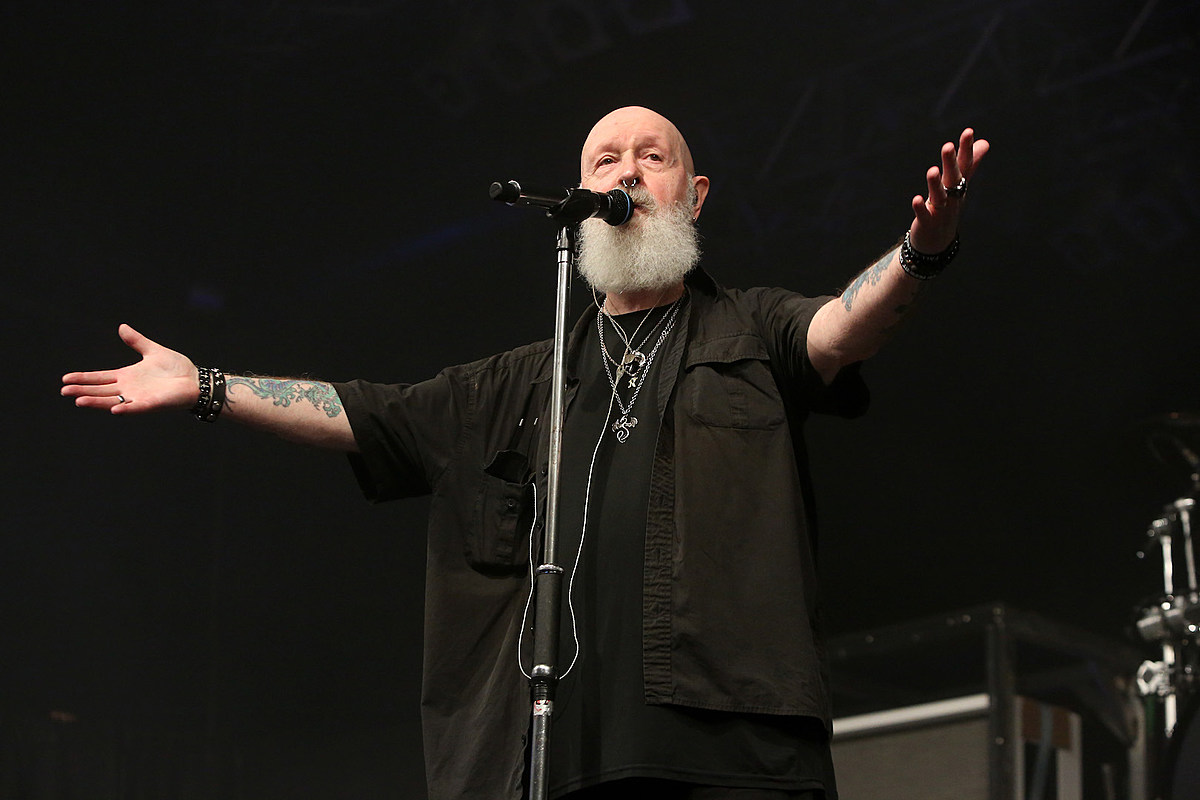 The European leg of Judas Priest’s 2022 tour kicked off last night (May 31) in Berlin, Germany, and the band put on quite a different show than usual. They performed without their typical studded leather garments, huge stage props, and flashy lights, which allowed for a more stripped-down experience.

The concert took place in the intimate venue Huxleys Neue Welt, which has a capacity of around 1,600 people. Footage shows the group wearing jeans, plain shirts and sneakers, and Richie Faulkner took to his Instagram to rave about the experience.

“Last night in Berlin was glorious and something I’ve never done with the band before. No leather, no studs. No screens, no motorbikes. No massive light show or inflatable bull from Birmingham. Speakers on display, just jeans, T-shirts, a little club and it was all purely musical,” the guitarist wrote. “All of us together and the raw power of the music. It was a really great experience and I would love to do it again someday.”

“It’s great when you bring it all back to what it’s all about, the music and the people in our great heavy metal community. Thank you all for making this night so special,” he continued.

See his post, along with other fan-filmed photos and footage from the show below.

Priest was one of the first bands to popularize biker fashion in heavy metal. Since then, studs, leather, spikes and motorcycles have been part of rock ‘n’ roll and metal culture.

“A good look has been important since the beginning of rock ‘n’ roll. I think the way Priest took this journey of visual discovery was just through experimentation more than anything else. If you look at primitive images of Priest on The Old Gray Whistle Test on the BBC [from 1975]when we looked a bit like Greta Van Fleet, it’s remarkable,” Rob Halford told Rolling Stone of how they developed their fashion style.

“I think we developed our look in a few simple steps. You would look at yourself and say, ‘No, that doesn’t seem right. The music is so loud and angry and dark in places, and it’s deep and full of power…and I’m wearing a paisley shirt. I have to do something about it.’ So coming out with a simple leather biker jacket was, for me, just a major, major step.”

Judas Priest’s next scheduled show will be in Gdańsk, Poland on Friday, June 3 at Mystic Festival. They will play throughout Europe for the rest of 2022, except for a performance at the Aftershock festival in Sacramento, California, which is scheduled for the weekend of October 6. See all of the band’s upcoming dates on their website.